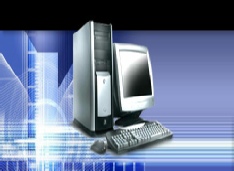 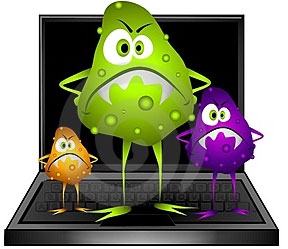 The term "computer virus" is sometimes used as a catch-all phrase to include all types of malware, adware, and spyware programs that do not have the reproductive ability. Malware includes computer viruses, worms, trojans, most rootkits, spyware, dishonest adware, crimeware, and other malicious and unwanted software, including true viruses. Viruses are sometimes confused with computer worms and Trojan horses, which are technically different. A worm can exploit security vulnerabilities to spread itself automatically to other computers through networks, while a Trojan is a program that appears harmless but hides malicious functions. Worms and Trojans, like viruses, may harm a  system's data or performance. Some viruses and other malware have symptoms noticeable to the computer user, but many are surreptitious and go unnoticed.

Viruses are executable files that once activated are able to do catastrophic damage to your computer.  They can often be found in email messages with attachments that are inadvertently opened as they appear to be genuine, instant messaging, files/programs downloaded from the internet or by pirated infected software.

Some signs that your computer may be infected are:-

Once a virus has infected your computer how it got there is not as important as how to get rid of it and prevent further infection.  Prevention is always better than a cure, but if you do suspect you have a computer virus it is vital that you ACT FAST to prevent further infection and damage to your computer.  Once a computer has been compromised by a virus, it is usually unsafe to continue using the same computer without completely reinstalling the operating system. However, there are a number of recovery options that exist after a computer has a virus. These actions depend on severity of the type of virus.

RAUNDS IT can assist you in setting up your computer in the first instance to prevent viruses infecting your computer.  But, if you suspect you have a virus we are able to remove the virus and advise you on how to keep your computer safe.